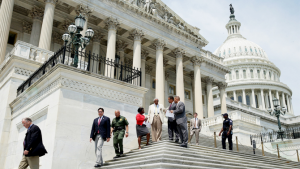 Dec 18, 2015, Congress approved a spending package that include a provision to help filmmakers, by renewing the Sect 181 Federal Film Tax Incentive, which originated in the 2004 JOBS Act. The provision is retroactive to Jan 1 2015 and will expire on December 31, 2016.

The code allows investors to deduct their investment as soon as the qualified film begins production, then later claim any returns as income in future year (limited by passive income rules). There are limitations and a potential investor should consult their own tax adviser. MEGABALL$ complies with the requirements of the film: 75% must be for paid service in the US, and our project will be 100%. With the revised/renewed Sect 181, investors and producers may be more willing to take risks, opening doors for new works, and creating jobs for actors, crew, etc.

Here are a few links to read more about Sect 181 and the tax implications:

We hope potential investors will take into mind these tax implications and consider investing in MegaBall$, which has solid commercial appeal. Read more about MegaBall$

The law allows 100% of an investment to be deducted by the investor in the year of the investment, provided the project goes into production by the end of 2016. The renewal also now includes theatrical productions, which will help theater producers raise funds as well. Here’s what Playbill reports. Prior to this Broadway investors were required to anticipate the show’s financial liability.

This site uses Akismet to reduce spam. Learn how your comment data is processed.