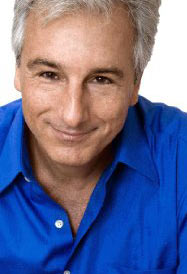 Marc first began performing in grade school, and in high school began writing and directing many school projects. He continued acting, singing and directing in Pace University, NYC, where the department head took Marc on as a protégé. Marc was titled the ‘Most likely to succeed’ by the college theatre club.

After service in naval intelligence, Marc continued his studies at Pace, and at NY’s American Academy of Dramatic Arts and H. B. Studios. Fred Kelly, director, choreographer, and brother of Gene Kelly, became Marc’s friend and muse, mentoring him in the initial stages of his career. Fred, a well-known director of early television, brought Marc into The Lambs, America’s first professional theatrical club, more than 30 years ago. Marc began acting, singing, writing, directing, and managing productions for The Lambs; Marc directed the new play, The Gershwin Factor, which sold-out; directed and acted in The President’s Mother, and he now serves as The Lambs’ 35th Shepherd (President). Marc is a multi-term member of the NY Board of SAG-AFTRA. In the summer of 2006 Marc directed two episodes of the California-based cable talk show, Talking Over Coffee, and directed Bookstore – a reading of a new musical for Manhattan’s prestigious York Theater. Marc recently served on the Council of the Episcopal Actors Guild, a charity for actors.

Professionally, some films Marc has appeared in include Mortal Thoughts, Big, The Believer and Bullets Over Broadway. He is known as the stand-in and photo-double to the stars; while on the set of Mickey Blue Eyes Hugh Grant nicknamed him the ‘Lon Chaney of stand-ins’ for his ability to physically imitate numerous actors. He has worked with actors including Dustin Hoffman, Matthew Broderick, Michael J. Fox, Sean Penn, Sean Connery…with directors Sidney Lumet, Andrew Bergman, Woody Allen and Henry Beam…and with cinematographers Carlo DiPalma, Don Thorin, Bill Fraker, Laslo Kovacs and Zhao Fei; each offered filmmaking insights only found by working on a real film set.

It was Matthew Broderick and Dustin Hoffman who first encouraged Marc to write projects, while working together on the set of Family Business. As a writer, Marc has co-authored both the stage musical and screenplay version of Love of a Lifetime; wrote the comedy western screenplay, Don’t Call Me Cisco; co-wrote the police action-drama Blue Shirts; and co-wrote Comeback in Vienna, an award-winning romantic comedy screenplay based on a play Marc directed (note: this project has been optioned and in development for production in Vienna, Austria, with Marc directing). and wrote the award-winning comedy screenplay, MegaBall$. Marc has had several articles published in local newspapers, and in the Journal of Medical Education. Marc has been a guest judge for the NY Filmmakers’ Festival for three years, and was a guest judge for the GI Film Festival three times.  Marc is also researching material for Brothers in Stone,  a biography with accompanying documentary and blog on his grandfather and his brother, the Viennese sculptors, Josef Josephu and Florian Josephu-Drouot.